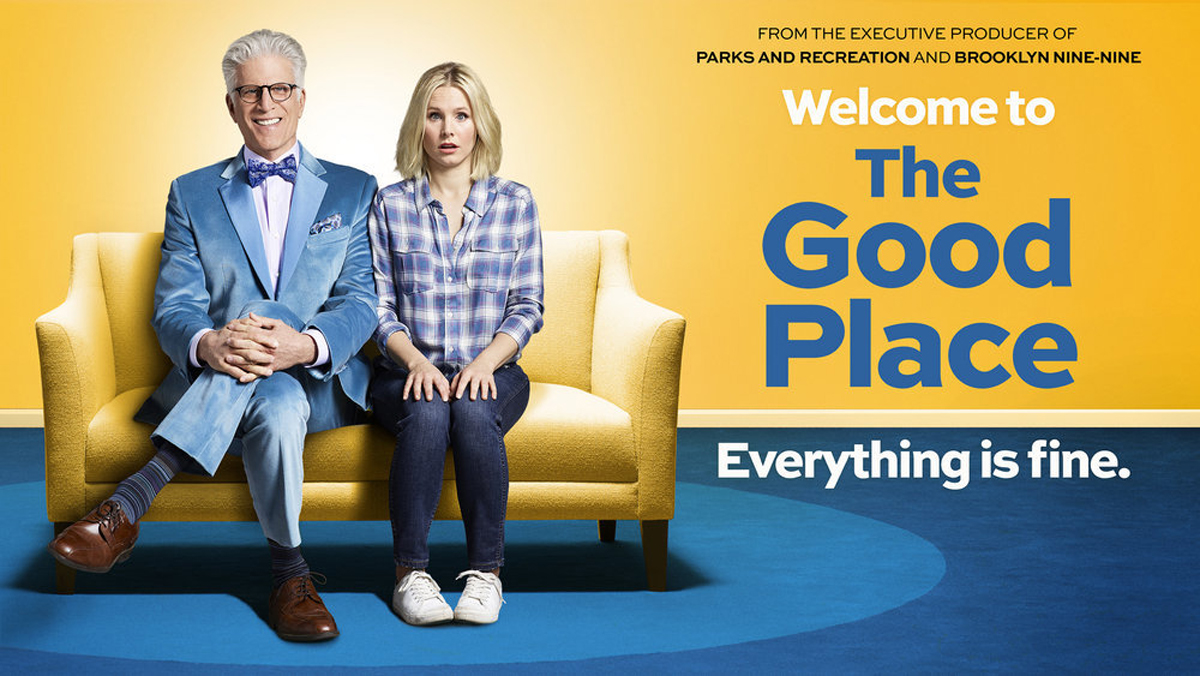 The Brainy Bunch are back for a new season in Netflix’s ‘The Good Place’.

Now if you remember, season two finished off resetting everything that has happened so far and putting our four favourite humans back on earth to try setting them on a path to a better afterlife.

Michael and the Judge have agreed to save Eleanor, Chidi, Tahani and Jason at the moment of their original deaths in order to see if they can become better people with the knowledge they could have died.

This causes a small spike in the amount of good all four put into the world, they face their flaws to try to become better people… for about six months.

Things start going wrong as they always do in life; it never feels like the amount of good you have to give is enough for anyone, and if you aren’t getting noticed – what’s the point? After a while our four humans fall back into their ‘bad’ lifestyles and Michael can’t help but intervene.

After things go off the rails for the humans, Michael concludes that the only reason they started to get better in the afterlife, was because they were altogether for support. Michael gives them all a little nudge, and at soon they are all together again – a nice happy ending, right? Wrong!

With Michael and the Judge’s original plan failing, the gang try to find another solution to their inevitable eternal damnation, investigating just what The Good Place is, who has gotten in, and how did they get there.

Each episode this season always feels packed to the brim with lessons about philosophy and ethics, something the first two seasons have revealed as the main themes for the show. Chidi and Michael often guide the others through these lessons about morality and the reasons behind why something can be inherently bad or inherently good.

If you have enjoyed the struggles thus far of our friends as they search Earth, the afterlife and Janet for morality – you will be happy to know ‘The Good Place’ still has surprises for you.

Joel is a twenty-two year old with a passion for art and animation. He likes to think of new ways to do things and works with computers. One day he hopes to have a pet pig named Pudge.