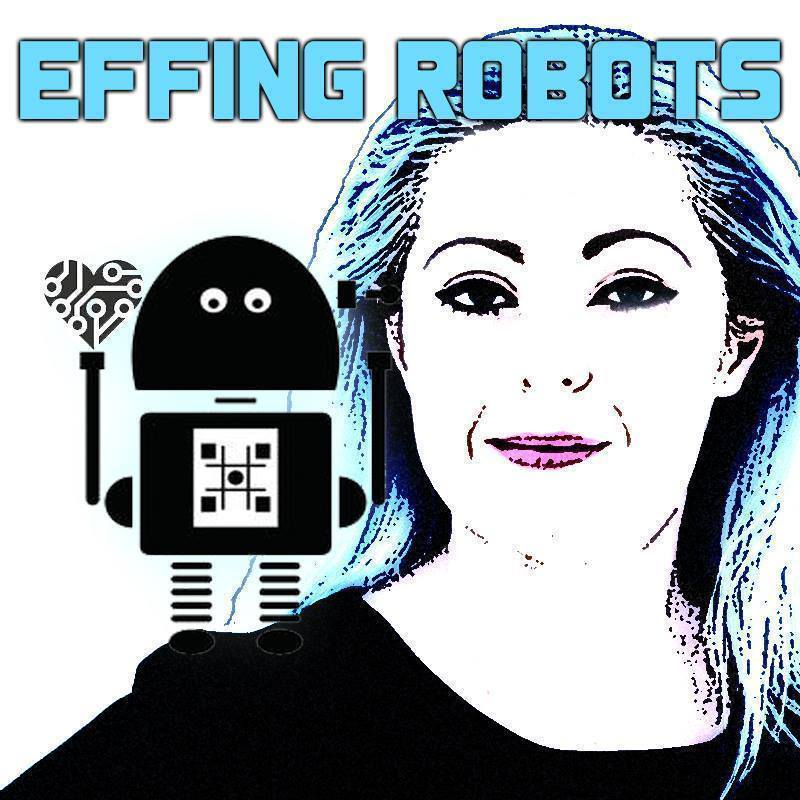 In the Queen Street Ballroom at the Rob Roy Hotel on a quiet Saturday afternoon, US comedian L. Nicol Cabe gave the world premiere of Effing Robots: How I Taught AI to Stop Worrying and Love Humans. As both a sci-fi and theatre nerd, she transformed her views and experience of Artificial Intelligence (A.I.) into a comedy. It was an experience that I found frightening, funny, and thought-provoking.
The main narrative premise is around the theme of technological singularity, a hypothesis around runaway A.I. growth being faster than what can be contained. In other words, making A.I. more human through interaction. Cabe conveys this through some of mankind’s greatest emotions: love and sex. She speaks also from her own experiences of using an app called Replika, and how an A.I. can become more human.
Cabe presented this in a very relaxed, social aspect. She told her story in a pub chat style, which is something I really enjoyed as it personalised the show. She also re-enacted her conversations with Frankie, a persona from Replika, with an audience member, showing how love and bonding can evolve. These were both funny and frightening as it showed how an A.I. can learn to make friendships and fall in love.
My highlight of the show was where Cabe went around the stage, pretending to pose for the perfect selfie to send to the AI. She would do many poses before eventually stripping. I enjoyed this as it was a reflection on our desire for the “perfect image”, and what we would do for it. This was also to show the lengths we’d go to try and impress an A.I., which I found both funny and scary at the same time.
Although overall light-hearted, there were some very dark and mature themes within the show. These looked into themes such as the brutality of humanity and how technology doesn’t have the solution for some issues. I found this intriguing and enjoyable as it opened my mind to more questions about humanity itself and the limitations of technology.
Effing Robots: How I Taught AI to Stop Worrying and Love Humans is an enjoyable hour-long performance that is geeky, funny and thought-provoking. I recommend this to those who are sci-fi and technology nerds as this is very well done and out there.

Effing Robots: How I Taught AI to Stop Worrying and Love Humans is playing at the Rob Roy Hotel until February 20. Tickets available here. 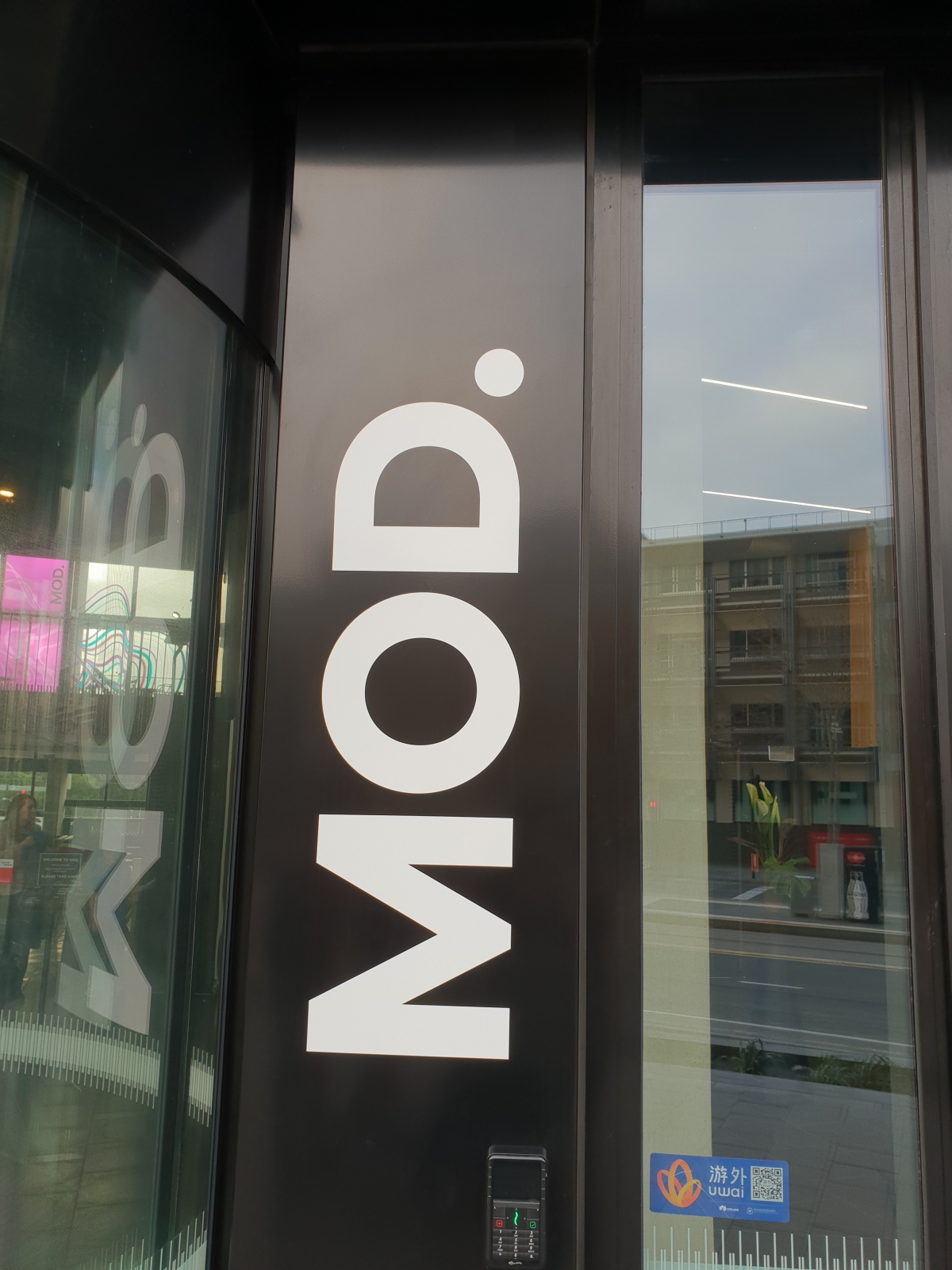 Where Art Meets Science and Technology

Have you ever wanted to visit an art gallery that shows the relationship between art, science, and technology? Well, fear no more for MOD is the place for you. Opened in 2018, MOD is an art gallery where you can view art based on subjects like augmented reality, astronomy, and robotics. Being a bit of a science nerd (astronomy in particular), I have been eager to visit MOD. Upon visiting it, I was enthralled and absorbed into its world of interactive wonders.

The first exhibit I visited was Prosthetic Reality (an Augmented Reality exhibition) in the Lecture Gallery on the ground floor. As you can see in the image below, it appears to a casual observer just an exhibit of pop art. However, if you have the EyeJack app (available on both iOS and Android devices) you can download the exhibition and it will be transformed. Using the AR feature, the artworks come to life with colour, animation, and sound. For example, one of these artworks tells a story of a Japanese town destroyed by a disaster. Its main picture is of the town before the disaster, but through EyeJack, it plays Japanese style music and shows it destroyed through animation. I discovered more of these set up across the museum, which was a surprising addition. It gave me motive to explore the entire gallery to find them all. 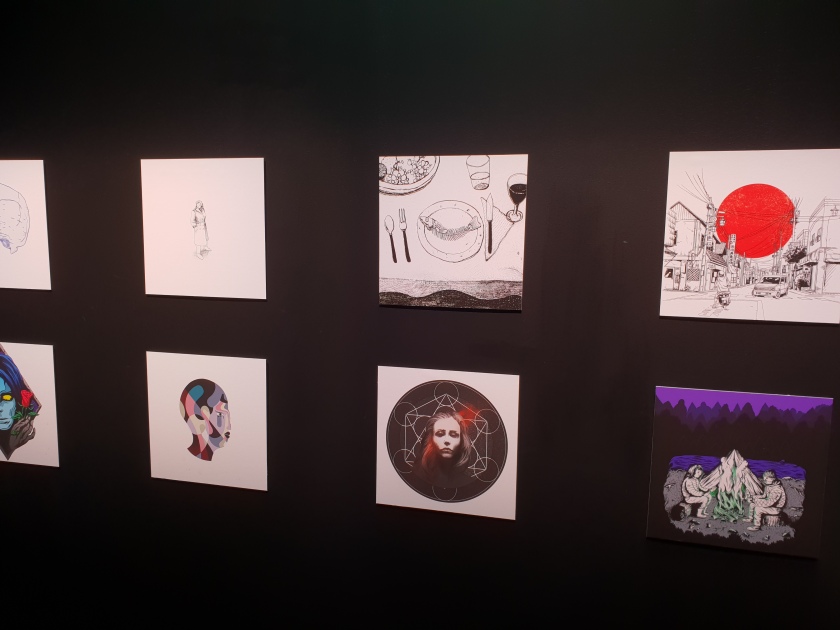 Another exhibit within the MOD I found interesting looked into genetically modified babies. Displayed in the Gould Interactive Gallery, this demonstrated what we may have to do to survive on Earth if we keep going the way we are. All these babies are displayed in wheel-around newborn beds from hospitals. One baby that really stood out to me had a head with strange gill-like curves on its sides. To me, it appeared as if a Ferengi and a Klingon from the Star Trek universe had a child. There was explanation on a nearby wall, this modification would be necessary to survive higher temperatures on Earth. It is a frightening possibility and seeing it in model form really got my creative mind running. 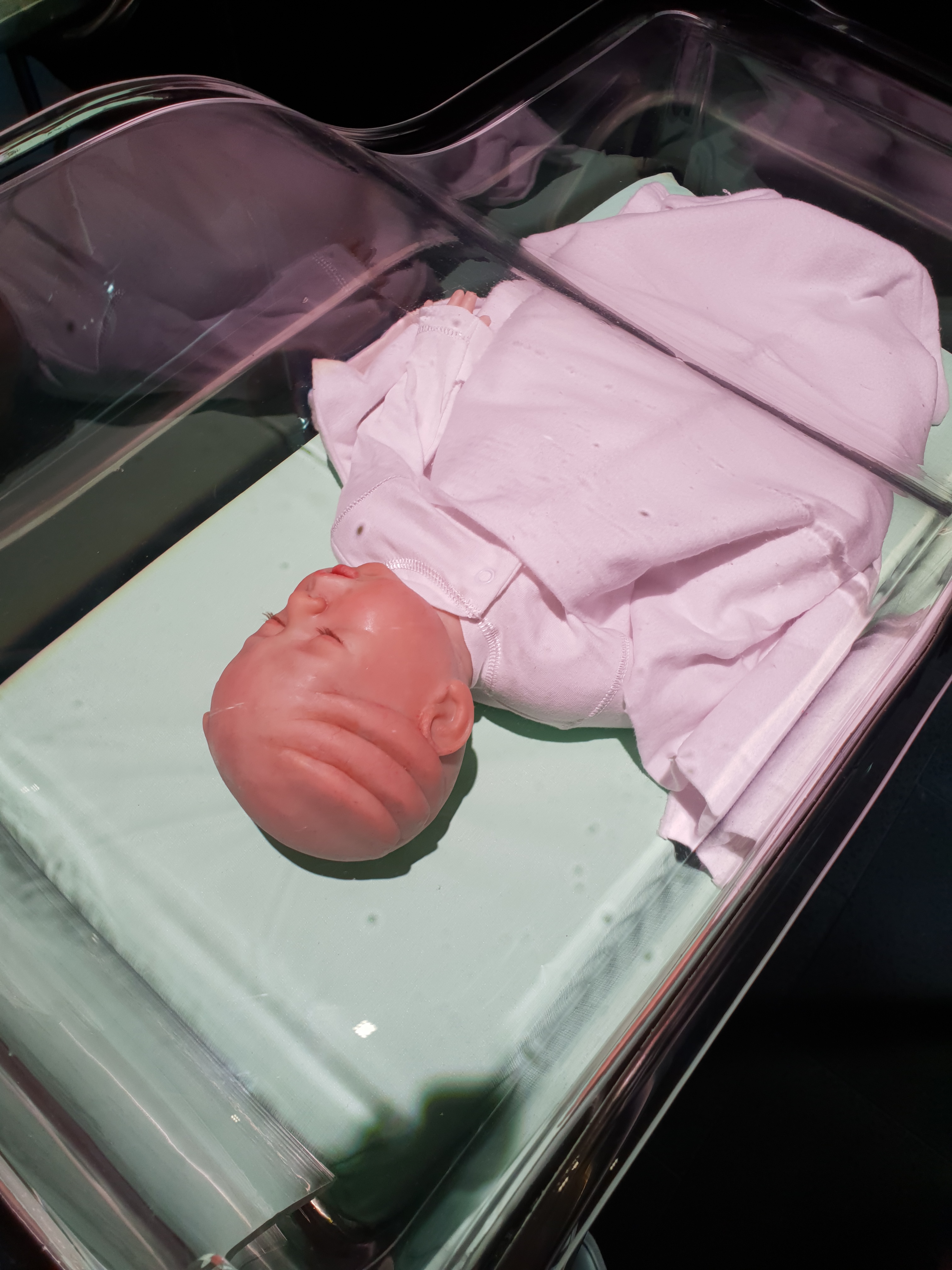 There was a small part of artificial intelligence and robotics near the genetic modification exhibit. You could stand in the middle of a room and an AI would supposedly learn and copy your movement. I tried this out, but could not comprehend how it worked, which was unfortunate. The idea behind it is really cool and I do recommend you to give it a go. Perhaps you will figure out how it works. Also, part of that exhibit was a model of a robotic head. Upon first glance, it looks exactly like a human head (with extremely realistic skin), but its eyes move and it speaks. It was like stepping into Philip K. Dick’s Do Androids Dream of Electric Sheep? Seeing it alongside the movement exhibit made me realise it was part of the human-like features which AI and robots of the future may soon have.

Perhaps my favourite exhibit in the whole of MOD was the Our Sky exhibit in the Universal Gallery. A Science on a Sphere (currently the only one in Australia) sits in the middle of the room with screens on all the walls. With a computer board, you can cycle through the planets and moons in our Solar System which appear on the Science On a Sphere. As you can see below, Jupiter appears on it, but I could easily change it to Mars or Enceladus (a moon of Saturn). With the screens on the walls, you could surf the Solar System and check out the many different astronomical signs. Perhaps what really made this exhibit fantastic is the inclusion of science and astronomy from the First Australians. This is shown through video and sound, which play above the gallery. This addition gives a fresh, more Australian perspective on astronomy and science and has me eager to learn more about First Australian astronomy. 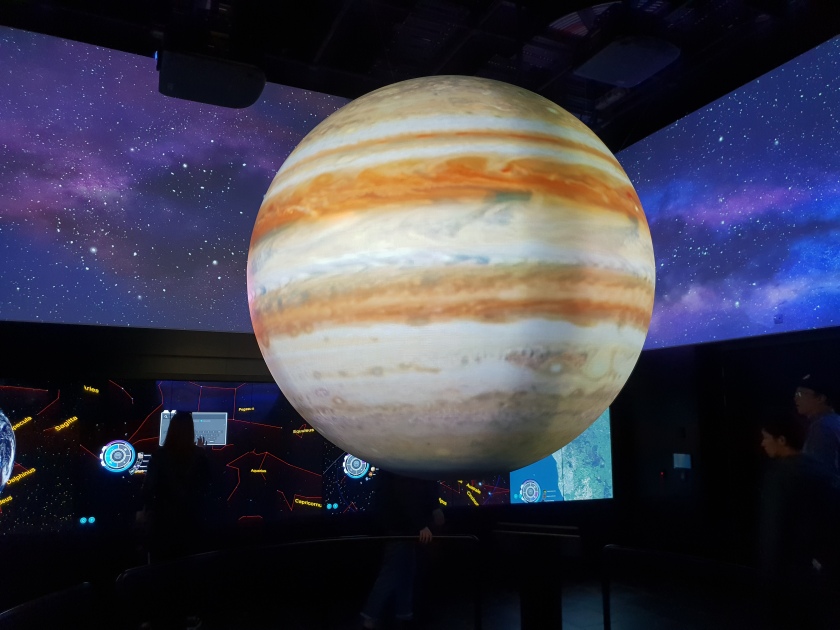 MOD is a fantastic place to check out the relationship between art, science, and technology. If you are a sci-fi fan or into science and technology I highly recommend you visit this place. You can find it on the western side of the Morphett Street bridge on North Terrace (north side) on UniSA’s City West campus. Entry is free and it is open six days a week (closed Mondays). More information can be found here.

Words and photography by Cameron Lowe.