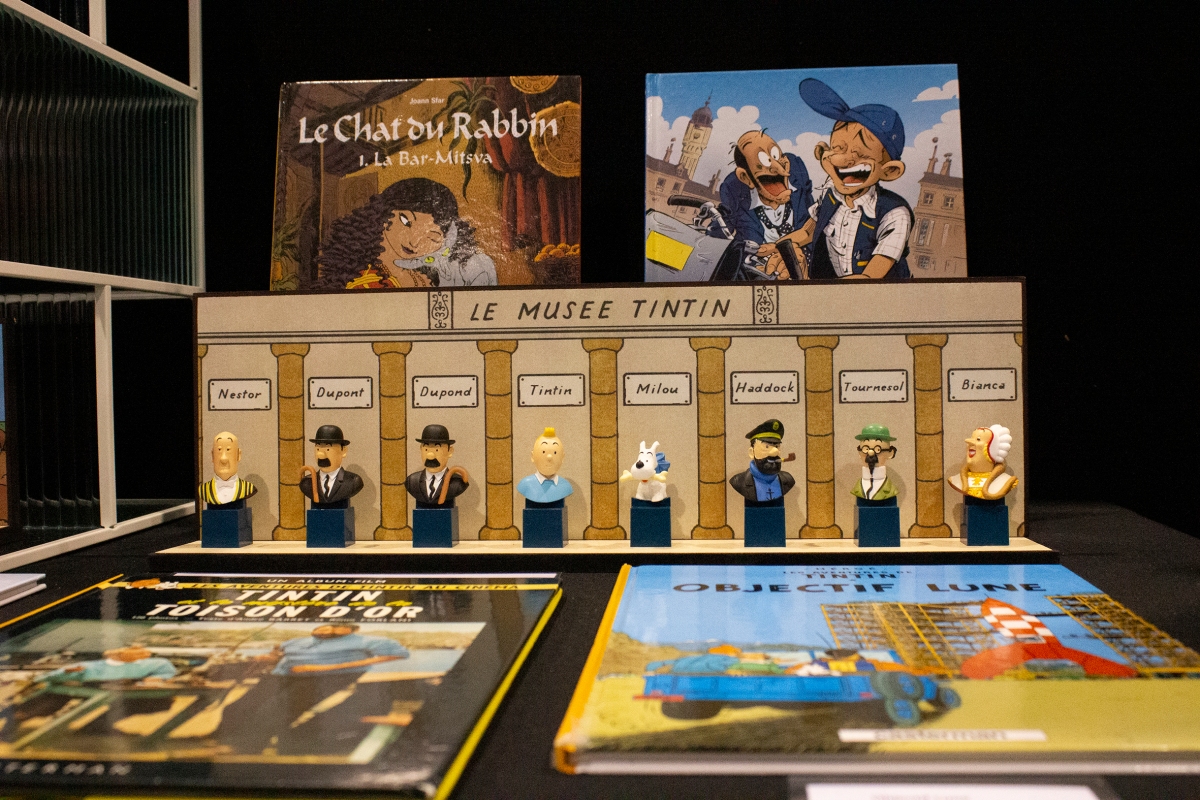 Some of the eye-catching pieces at the exhibition included dioramas from the Adventures of Tintin series. An example of one of these is seen below, with Tintin and Snowy travelling towards a castle. This diorama is based off the seventh volume in the series The Black Island (1938). When asked about the dioramas, Blair said the figurines were bought during his international travels and at auctions. The backgrounds were designed in France and taken from scenes within the stories. Other displays from Tintin included figurines of Captain Haddock and Belgian copies of the original adventures.

Other exhibit displays in the collection outside of Tintin included graphic novels of Le Chat du Rabbin (The Rabbi’s Cat), an original daybill poster of Asterix in Britain (1986), and a set-up of the gold mine from Lucky Luke. One of the unique pieces in the collection though was a 1941 copy of le Journal de Spirou. The reason why this is so, Blair says, was because of the shortage of paper in German occupied France and Belgium during Second World War. Alongside this as well was issue one of Le Petit Vingtième (1937), which featured the first story of Tintin published.

For those who are interested in European pop culture and comics, Stuart says there are many exhibitions in the near future. He is currently looking into getting exhibitions going on at libraries and local museums around Adelaide, one dedicated to French pop-culture and another for retro pop culture.

If you are interested in finding out more information on Stuart A. Blair, check out his website below.

Words and photography by Cameron Lowe. 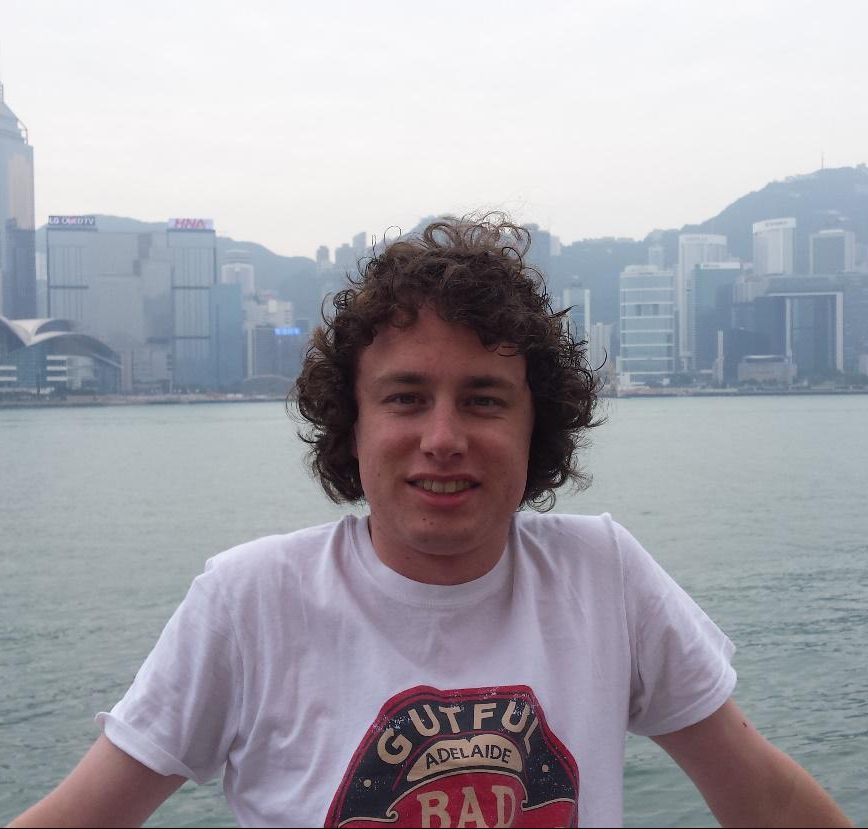 Cameron Lowe is a horror and sci-fi writer, editor and student. He’s had fiction and articles featured in Speakeasy Zine and Empire Times. He loves to read, play video games, and drink green tea. He’s one of the 2018 editors at Empire Times. He tweets at @cloweshadowking.