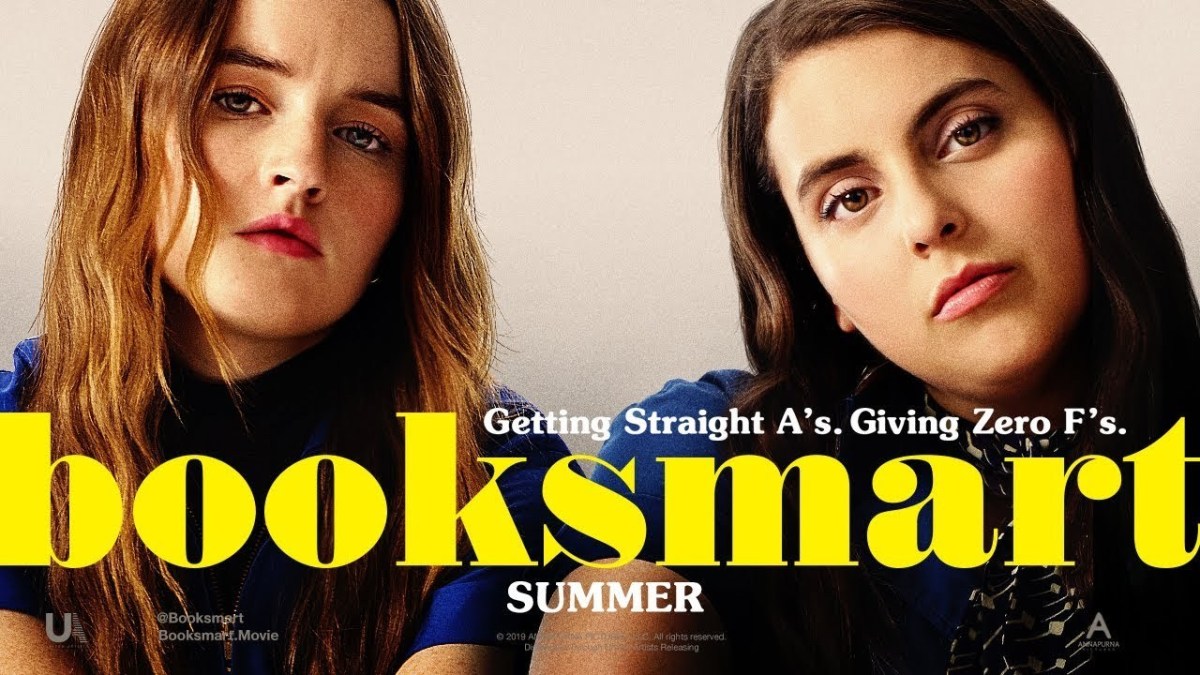 Booksmart follows Molly and Amy, best friends on the cusp of graduating high school, who realise they’ve almost completely let the high school party experience pass them by. The night before graduation they have two goals: 1) go to a rager hosted by one of their classmates and 2) get Amy to kiss the girl she’s been crushing on.

I enjoyed Molly as a character and her growth was both funny and heartwarming, but seeing a character like Amy is breath of fresh air. Amy is an out lesbian who is crushing on a girl she’s not sure is interested in other girls. It was so nice to see a queer character who was not struggling with her sexuality and her own identity but with the very teenage experience of having a crush on someone. There was also a sex scene between Amy and another girl that wasn’t hypersexualised but awkward and kind of sweet and very funny. Amy is the kind of lesbian storytelling we need more of – her queerness isn’t ignored but it’s also not the only aspect of her personality.

The only criticism I have of this film is the relationship between Ms Fine, the girl’s teacher, and a student who has repeated the seventh grade three times. Technically the student was twenty and of legal age and Ms. Fine was a young teacher, but the relationship still sat wrongly on what was otherwise a sharply feminist film. Reducing a comedy actor Jessica Williams, who played Miss Fine, to a lonely teacher who sleeps with a student seems like a waste of talent and opportunity.

I really enjoyed this film and I’d recommend it to anyone. Hopefully it’s the first of many female-led coming-of-age movies.