A week ago, Botanic Park served as an enchanting setting for a flawless group of performers. We were gathered, by the hundreds, to see Florence + the Machine: the evening was pure and utter magic.

Before I dive into the perfection that was Florence + the Machine, I must elaborate on the curtain-raisers that set the foundations for everything wonderful to come. First up was the strapping Marlon Williams. Marlon appeared on stage in sports shorts matched with

high socks and dress shoes, making quite the first impression. One of my pals managed to describe him to a ‘T’: Marlon Williams, in music and persona, is a sweet, sweet combination of Elvis, with his hip movements saying it all, and San Cisco’s lead singer Jordi, with his cheeky, alternative vibe. Marlon’s blues and folk music is far from generic and a pleasure to listen to. Wowee, this New Zealander is one to add to your list

Next to the stage was Leon Bridges who brought with him enough swag to make the whole of Adelaide ooze with grooviness. His band, possibly the most attractive collective you will ever lay eyes on, were spectacular in accompanying the singer’s silky tones. This

soul artist, wearing the most fabulous pants I’ve seen in years, is huge in the US: Leon Bridges performed for some of his greatest fans, Michelle and Barack Obama, in their humble White House. I know in my music mix soul is severely underrepresented, and Leon successfully fills that void. Do yourself a favour and give this guy spin.

Now to the top spot, the shining star, the main attraction. Allow me to set the scene: Florence + the Machine. Botanic Park. A steamy summer night in January.

From the moment the barefoot goddess took to the stage, the audience were completely hers. Florence entered in the most dramatic and graceful fashion, slowly exposing herself from behind the wooden on-stage sets before belting out June from her new album High as Hope. As she pranced, lept and swirled across the stage, her immaculate vocals echoed out over Adelaide’s most spectacular park in clearer tones than heard on any recording. Florence wore a flowing, sheer, lavender dress that, along with the microphone, served as an extension of her body. The lighting design was exceptional and spotlights caught the red-haired beauty in a way that accentuated her presence and power.

Florence + the Machine was not a music concert, but an emotional event that demanded our participation. The night was filled with expressions of hope, love and change – expressions that this tender world needs at present. Florence revealed elements of herself, such as her shyness and her anxious tendencies, which made her more endearing and inviting than ever expected. The audience responded to her honesty, particularly in how they celebrated her music. Florence + the Machine’s recent hit single Hunger was belted with strength from every corner of the Park, as if it was the most natural thing in the world. South London Forever tinkered on heart strings and brought forth conversations relevant those who are lost and finding purpose. By the time we got to Dog Days, the crowd were moving powerfully as one. I had to remove my dangly earrings just so I could jump along and match the energy those around me. Throughout the night we were asked to hold hands with those around us, hug others, even strangers, and tell them we love them, and to put our phones away so we can have an ‘experience’. It was all intensely visceral, and as one of my friends so wonderfully expressed, Florence is more of a force than a woman.

During nights like these, there is always something bigger at play. If we learnt anything, it’s that Florence and the artists that joined her on stage signify the role art plays in this world. These individuals demonstrated how creativity and mediums such as music allow for connections that are missing in our sometimes fragmented world. If art makes life palatable, life was very, very tasty the night that Florence and her crew came to town.

Later that night, our humble city of Adelaide was the first Australian city to receive a thank you from Florence + the Machine on Instagram. Looks like they felt the love too. 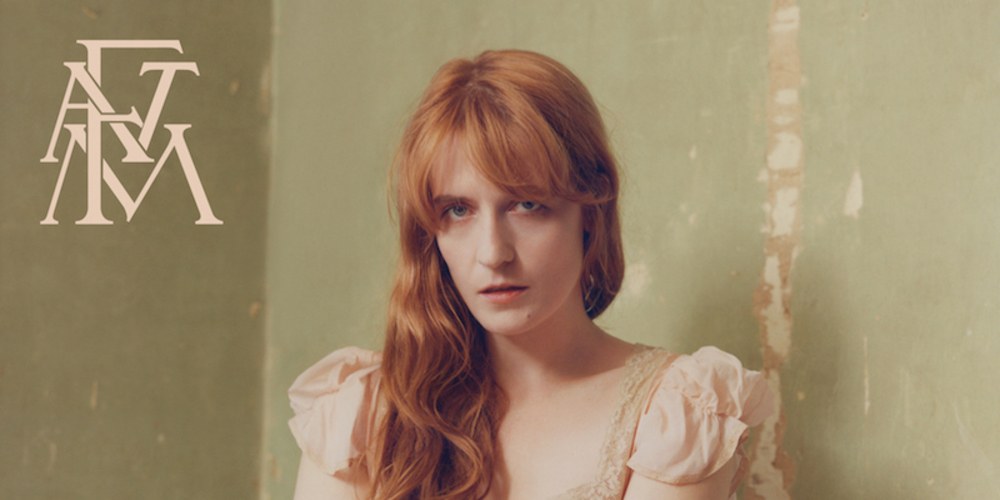 High as Hope, the fourth Florence and the Machine album has been released and that means one of two things. I will either put on my headphones and put the volume as high as possible and risk deafness, because damn it, if I’m losing my hearing, it’ll be listening to a Florence and the Machine album. Alternatively, I put it on the sound system and give in to my generous nature and share the album with the neighbourhood.

Each album released by the band has charted Florence Welch’s development as an artist. Not one has been a failure, not one can be looked upon now as comparatively lesser to her current output, but each shows her grow new abilities – and grow upon existing abilities – as an artist.

High as Hope probably marks the most thematically pure album to date. As each song moves to the next, it feels more a part of an ongoing tale than separate. It has its highlights (to my mind, ‘Hunger’, and ‘Big God’) but not a single misfire. The fact that each song can merge together in one larger creation could be a weakness if the tone were not so firmly and artfully executed.

2015’s How Big, How Blue, How Beautiful still likely stands as the peak of Welch’s skills but this newest album excels in its own way.  Her greatest skill as an artist is possibly her ability to turn emotion into art and while this has led to some bombastic and grand sweeping songs, it has never overwhelmed the art she seeks to channel it in to. It’s a goal of many artists and few achieve it with quite the strength Welch has managed.

This fourth album perhaps marks her transition from an artist working through the universal concerns of youth such as identity, change, hope, and loss, to an artist who deals with the concerns of the next stages of life. Her songs have always seemed personal yet massive, elegant yet overpowering. This has not changed with High as Hope but rather been further perfected. Much of the same concerns of her music, many of the same questions, and much of the same essence is there. Entering a Florence and the Machine album, you know what you will get but you can never be quite sure how it will be delivered. As an artist, Welch seems determined to challenge herself but never strays far from the well from which her career and artistic identity sprang and there is nothing wrong with that as there is endless exploration in the ideas she deals with.

This seems, at times, a slightly stripped-down album. Not just for it comparatively smaller duration but also because it lacks the extreme heights and lows that has often been an integral part of her previous work. Songs such as the aptly titled ‘Cosmic Love’ from her debut album, the third album’s title track ‘How Big, How Blue, How Beautiful’, and Ceremonials’s ‘No Light, No Light’ sounded as massive, universal passion-filled tracks. Entries such as these are not to be found in the ten-track High as Hope which opts for a more restrained confidence. What she does with this album is a thorough success but perhaps the lack of the power of a song such as the ones present in previous albums leaves this album just short of the perfection it could be.