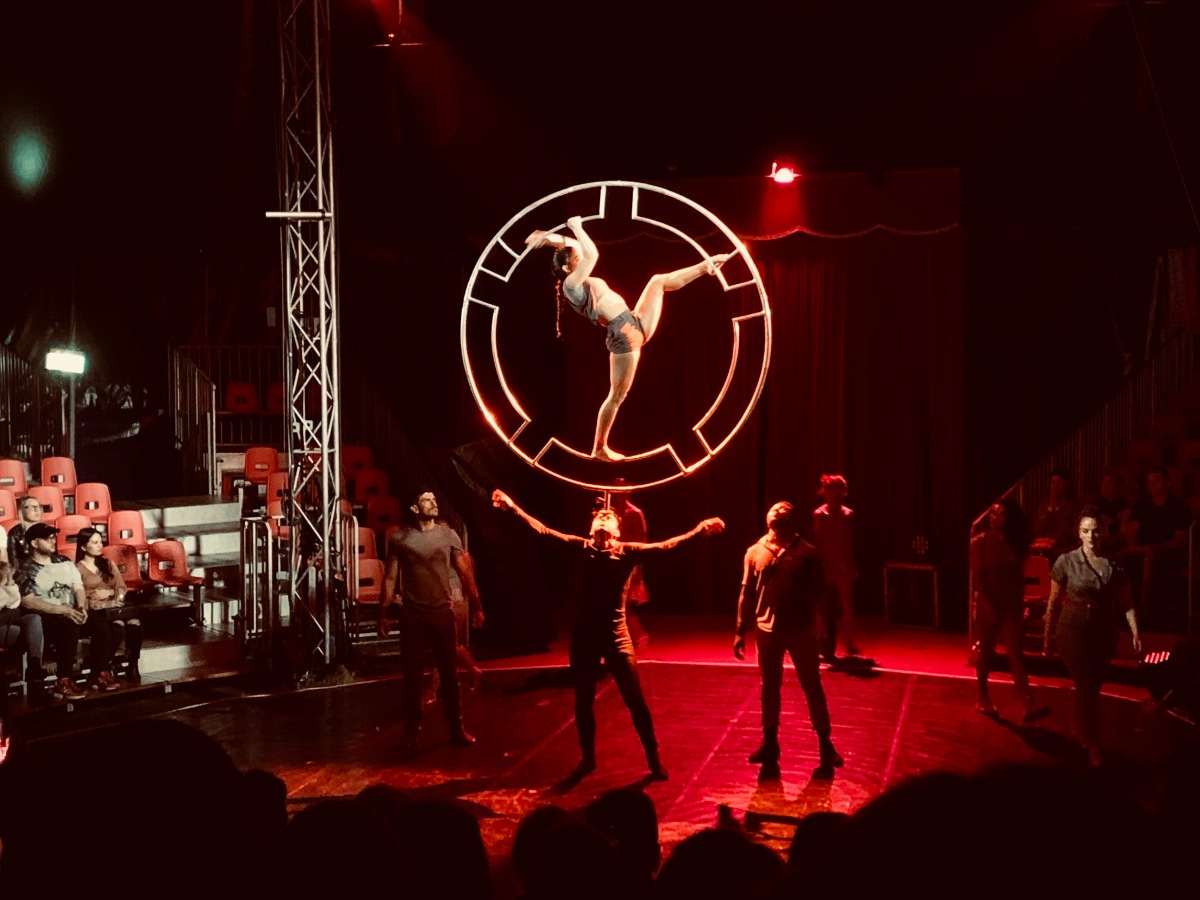 Forget conventionally mundane circuses with animal acts, cheesy showmanship and striped leotards. The stylings of Circolombia and their show ACELERE are all you need!

Hailing from Colombia, these group of artists bring many a jaw-dropping spectacle to the stage along with a refreshing injection of richly energetic culture. South-American musicality is on full display through the group’s exceptional vocalists and their collectively raw and kinetic style of dance. No matter the backing track (whether it be eerily atmospheric or full of Colombian flavour) ACELERE has a great balance and sense of unison with its sound and visuals. With the aforementioned vocal and dance performances serving as interludes or introductions to the next act, they work well to build audience anticipation.

Now, on to what everyone hopes for when seeing a circus act. Outstanding acrobatics and stunts. ACELERE manages to deliver these desires in droves. You may see limited potential in what can be achieved with a beam, a plank, wires, or large rings but Circolombia certainly doesn’t. Their approach to each of these obstacles/tools is so out of the box and inventively creative. Their rope and wire work is hypnotising as a result of their ability to use whatever they hold an extension of themselves.

Without a doubt, you’ll be sucked into sudden trances of movement before being slapped across the face with yet another dramatic manoeuvre. A large seesaw style plank serves as fuel on the fire for the performers to escalate their antics and constantly one-up each other. The giant ring is also a daring art for the performance, proving the strength, agility, and balance of the artists ten-fold.

ACELERE even manages to work its set up in a new way. Rather than just setting up mats or apparatuses in the background, they are interacted with as the performers find their place on stage. Circolombia flip, slide and vault around them as they seamlessly begin to transition into the conquering of their next stunt.

Words and photography by Isaac Freeman

For more information and to book tickets, click here