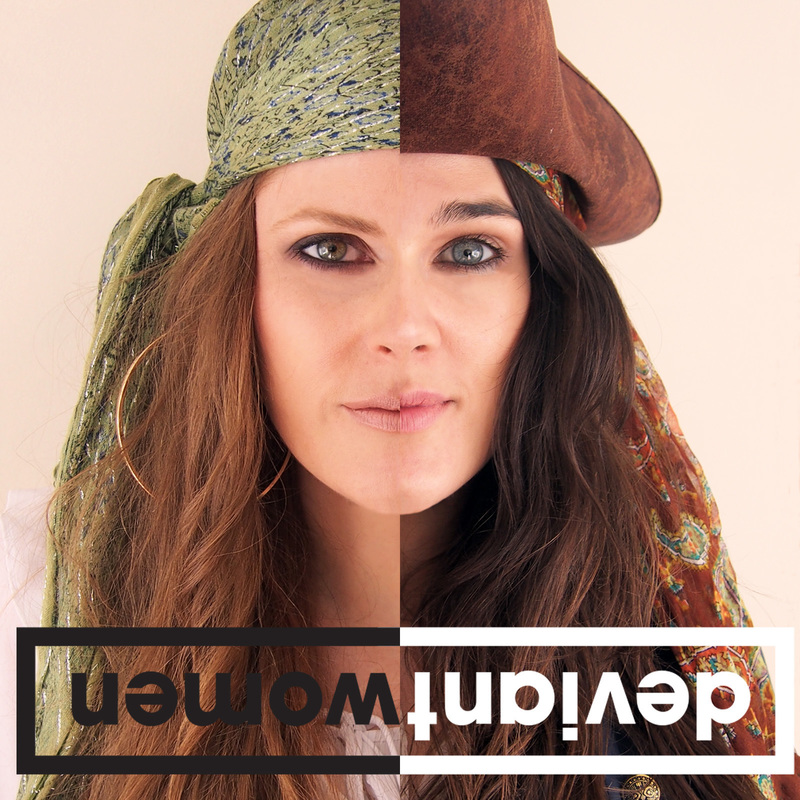 Deviant Women is the highly entertaining and educational podcast that highlights extraordinary women from history, mythology, fiction and more, and is the brain-child of passionate academics (and nerds) Lauren and Alicia. Last year they brought their amazing podcast to life with their first series of Fringe shows, on French Swashbuckler Julie D’Aubigny and Russian Occultist Madame Blavatsky. This year they’re back, again at The Jade, with the amazing and twisty tale of two of the most fearsome pirates of the golden age: Anne Bonny and Mary Read.
As a long-time fan of the podcast, I was hugely excited to finally see the stage performance, and I was not disappointed. Lauren and Alicia bring all of the charm and enthusiasm of their audio show ten-fold to the stage, with multiple costume-changes, musical numbers, animation, bawdy props, gratuitous sword flailing, and some very energetic dancing. Alternately narrating and acting, they switch between the two characters’ stories while the other flirts with the audience or thrusts their pelvis for emphasis.
While some liberties are taken with the historical details – which should be somewhat obvious with the numerous references to 80s pop culture – the overall effect is a loving and highly engaging re-telling that really brings these historical figures to life, while musing on some socio-political implications along the way. It’s intelligent comedy spliced with pirate-based innuendos.
Lauren and Alicia are natural performers and storytellers, and there were even moments in the more serious and heart-wrenching parts of the tale where these historical figures really came to life, between their totally-accurate accents and genuine chemistry as in-character and real-life friends.
Women and their stories have been sidelined throughout history at least for centuries, but this show, and their podcast, shine an all-important light on these significant figures, in the most engaging way possible. And there’s no better way to learn about Anne Bonny and Mary Read and their spectacularly bare-chested, bloodthirsty achievements than with the high-energy, delightfully sweary and excellently costumed, Deviant Women: Lady Pirates Give No F*cks.

Deviant Women: Lady Pirates Give No F*cks is playing at the Jade February 21 and 22. Tickets available here.