After grandmother passed away, grandfather, a very stern and dignified gentleman, would routinely join us for our late afternoon supper. Mother would make sure he was not disappointed. The last meal I recall was a braised rabbit, fresh from the butcher shop, complete with a special wine sauce, fennel seed, and a sprig of rosemary, followed by a memorable dessert.

Rarely was there an occasion that demanded the use of the massive brass lion’s head door knocker ––a piece of classic Art Deco elegance. Most guests at our home simply knocked in a staccato, contemporary fashion, more suited for twenty-first-century knuckles. Grandfather, who would not have it any other way, cherished any event that he thought demanded a grand entrance. His hallmark knock became almost legendary.

Every Sunday around 1:00 P.M., we would fox our ears in anticipation of his two heavy-handed thwacks. His knocks upon the lacquered chestnut entrance door resonated in the woody bellow and melody of a stately gavel, complete with a formal Sound Block. We fancied our home in Lombard, a Chicago suburban castle.

We loved his company, his long visits. He was a fascinating man. He would hide envelopes in the family room, while mother and I did dishes in the cramped kitchen. Behind mother’s needlepoint pillows, under the large armed comfy sofa, behind the ornate Vienna Stuchy clock set atop the chunky redwood mantle, just about anywhere, and everywhere. Of course, mother and I never acknowledged that we were aware of his secret gifts until granddad left following super. As soon as the front door closed behind him, I would search for the envelopes as if they were painted spring surprises. The gifts of kindness frequently included fifty dollars, one hundred, it varied. Mother would religiously call him once he returned home to thank him for his graciousness, with her best surprised-daughter voice, and sincere appreciation. The following Sunday would always relent to another troupe encore. But this time, there would be no following, Sunday.

Three, maybe four years after grandmother passed, we noticed that the deep knocker tone faltered. We imagined the sound more abrupt, maybe a little harsh. Mother and I found humor in the transformation, saying grandfather was just impatient to enjoy his pre-dinner coffee and cognac.

Following super, grandfather would begin to shoot questions toward mother, an easy target. This evening would be no different.

The questions I found hurtful, even the ones that seemed to miss the mark. Have you heard from Jim? Maybe there is a reason he left? Why don’t you move closer to the city for improved work opportunities? Mother never answered quickly, sometimes not at all.

During the times of our frequent visits, grandfather invariably picked up dessert, which he would serve himself, usually after finishing his after-dinner coffee concoction. Dessert would be the evening’s crowning event. The last one would be no different. Grandfather’s choices varied. On any occasion, he might present a freshly made key-lime pie, with a hint of bitterness. Once he even brought blood orange grapefruit serving it with a ghost of sugar, never sweet enough for our taste. Following the last shared meal, grandfather brought a sour cream peach pie. He was the only one to savor an extra slice.

It’s been some time since grandfather passed. Mother misses him sometimes.

I will never forget one late winter evening. In the grip an infamous Chicago snowstorm, mother asked if I would do her a favour. Put on my warm parka, go outside and rap the lion’s head knocker, two times in succession, and if I would please do this intermittently for a short while. I never thought to question her.

I enjoyed the snow, under any circumstance, but after a while, my arm grew tired. It was then that I slowly opened the door, and peeked through the glowing crack. Mother’s face was shining brightly in a wash of yellow light thrown by the tall family room lamp. She was fast asleep in her favorite corduroy high back chair, wearing a shallow smile. 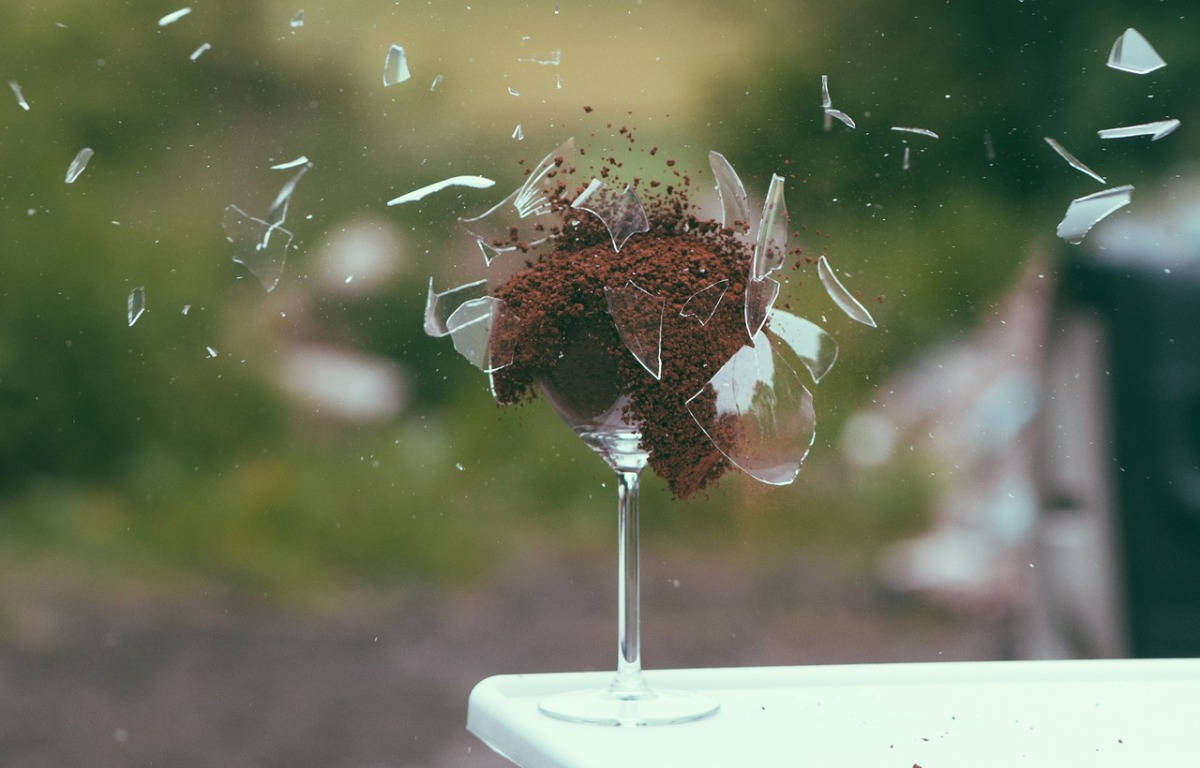 Frida eyed the instant coffee on the counter with distaste. She’d chosen it especially just to make her lover laugh.

‘Eugh, instant coffee? Tastes like death,’ Death would say, and then they would waggle their eyebrows suggestively until both they and Frida broke into giggles that turned into kisses.

It was her mistake, honestly. She should know better than to look at her clients and make an emotional connection with them. Her job was to toss them, mind and soul, into the void and then leave them; their bodies held somewhere between a shout and a sigh. It wasn’t for her to know if they lived, returning from the void with something more or something less to them, or died. But she’d pitied the last one. She’d liked him even. Her payment for that job had been the instant coffee, the only thing she’d wanted from his apartment. He’d been twenty-two and had felt worn at the edges like an old pair of blue jeans.

But clients died, like he had died, and when you were dating Death, inevitable consequences ended up messily personal.

Frida prodded at the pesto pasta she’d made for dinner. The fork was unenthusiastic in her hands. Pasta tubes flopped over each other in the bowl.

Sometimes she hated being able to see in sundersaatum; the hidden wave of colour on the light spectrum. If she couldn’t see the world through that weird twist of dark-light, she wouldn’t have her job. She wouldn’t have this life where she alone could see the connections that anchored minds and souls to bodies and be able manipulate them. She wouldn’t be able to sever those threads.

Then again, if she couldn’t see in sundersaatum then she never would have fallen in love. She’d never have spent her nights tucked up against Death’s sure, steady, self.

Frida didn’t hear the rattle of keys as Death let themselves into the apartment. The clomping of their work boots on the floorboards was, however, unmissable.

‘Evening lover,’ Death said with a smile that faded as soon as they saw Frida’s expression.

‘Hey, Dee.’ Frida tried to summon a smile but couldn’t. She could barely look her lover in the eye.

‘Not mine,’ Frida refuted immediately. Sure, she’d split them from their earthy cases, tossed them into the void they’d asked for so badly, and then left – but they weren’t her souls. She couldn’t think of them like that. She prodded the pasta again. It was now lukewarm.

‘Frida, you can’t keep doing this.’ Death said, running a hand through their silvery crop of hair in a way that spoke of frustration. It wasn’t the first time Frida had brought it up and guilt spiked in her stomach. ‘We work the wrong jobs to make it personal.’

‘But, not too hard, right?’ Death said carefully.

Frida winced immediately, rushing over to take Death’s hands and squeezing them tight. ‘Dee no, of course not, not like that, no.’

She could just kick herself. Death had a fragile history with commitment. Many flirted with them, but not many actually wanted to stick around. Oh sure, Death kept everyone eventually, but they also lost them in the end.

‘It’s just been a hard week,’ Frida confessed. Misery swelled as she said, ‘I found a message from my mother, she doesn’t know why I don’t come to visit for the holidays anymore.’

Her voice trembled, and tears threatened. It was too hard seeing her family and knowing what she knew now.

‘Oh honey,’ Death said, immediately pulling her into a hug. Frida relaxed into it. Death gave the best hugs. It always felt like they’d never let her go no matter what.

Death ran a thumb under Frida’s eyes, gently wiping away the tears.

‘Okay lover, that pasta’s cold and I think we both deserve some comfort food. Why don’t you settle on the couch and go I’ll order takeout, hey? Sound good?’

Frida nodded into Death’s chest and Death tilted her chin up to press a soft kiss to her lips. About to pull back, Frida’s little job-payment caught Death’s eye. A glimmer of dirty humour grew on the corners of their lips.

‘Is that… instant coffee?’ Death’s disgust was betrayed by the smile they couldn’t quite hide as they said, ‘You know it tastes like Death, right?’