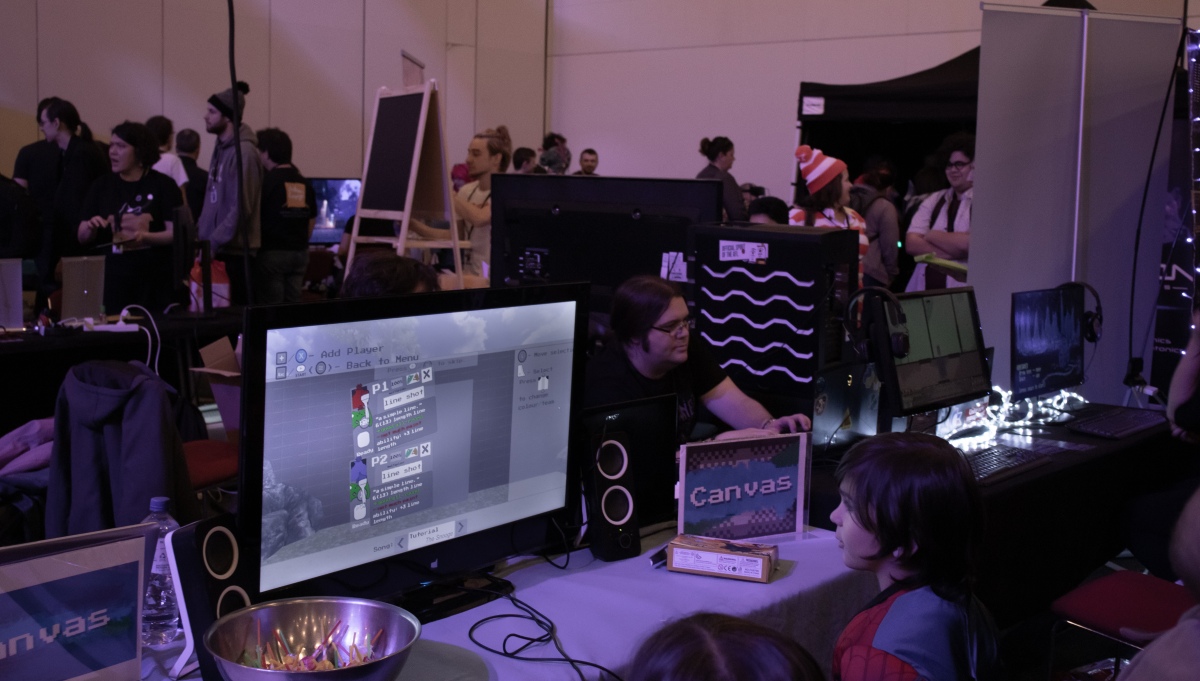 A sneak peek into some new and upcoming games that appeared at AVCon.

Now in its eighth year, the Indie Games Room (IGR) is the prime area to check out new and upcoming games by local developers at the Adelaide Anime and Video Game Convention (AVCon). In previous years IGR has hosted many great local titles, including the popular 2D platformer Hollow Knight. Here are some standout games that on display in the IGR this year.

Making its debut in 2019, Cardboard Carnage is a game developed by Cardboard Kids, a development team made of TAFE SA students. The game was made using Unreal Engine and is inspired by games like Psychonauts and similar games from the original Xbox – early Xbox 360 era (2003-2007). There is currently no release date for Cardboard Carnage.

Developed by William Newman and Ashleigh Hanson, Homeowner is a 2D top down survival game developed during a Global Game Jam. The premise of the game is trying to survive the daily life of being a homeowner. This is explored through maintaining your character through basic needs, like income, sleep, food and entertainment, similar to a Sim. Its pixel art style and colour palette are inspired by games created for the Commodore 64 in the 1980s. While Homeowner made its AVCon debut in 2019, Newman and Hanson have previously made appearances in IGR before. The game can be downloaded for free here.

Little Reaper is a 2.5D platformer that follows Ollie, the assistant to the Grim Reaper. Other titles like Ducktales and Hollow Knight have been listed as inspirations for this title. The game has been developed in the Unity game engine alongside C# coding. Little Reaper Games’ debuted at AVCon this year, but Little Reaper has appeared at Australian PAX, bar one, during its six-year development. Developer Adam Robertson says they hope to release the game on PC later in 2019. There are plans to port the game for Nintendo Switch and PlayStation 4. Check out their website here.

Manatech is a top down fantasy twin stick shooter for PC. The game has players selecting characters to pit against each other in an arena during a time limit. Developer Peter Cowen said its art style was inspired by World of Warcraft (circa 2010) and Battlerite. Developed in Unreal Engine and this is the third time Manatech has been featured in the IGR at AVCon. While there is no release date so far, the developers plan on releasing to Steam Early Access within the next year with console ports coming later on. Check out Drunk Galah’s website here.

Returning for their second AVCon, Rooftop Renegade is a 2D side scrolling platformer set in a futuristic city. The game was developed using Unreal Engine and its art style is described by the developers as “Pixar meets sci-fi”. Melonhead Games held several competitions over the weekend around the game and were selling stickers of the game, which were designed by local artist Kayla Woods. They are hoping to sell Rooftop Renegade at the next AVCon.  For more information on Melonhead Games, check out our Spotlight feature here and their website here.

Developed in Unity, Tinker & Spell is a 2D Metroidvania side scrolling platformer made its AVCon debut in 2019. The game has been worked on by its developers for the last six months and has an anime-inspired art style. Its primary narrative focus is around a collapsed civilisation and magic working alongside robot tech. There is currently no release date for this game, but you can check out their The Rookies page here.

These are only some of the games on display in the IGR during AVCon in 2019. For a full list of the games present check out the link to the IGR website here.

Words and images by Cameron Lowe