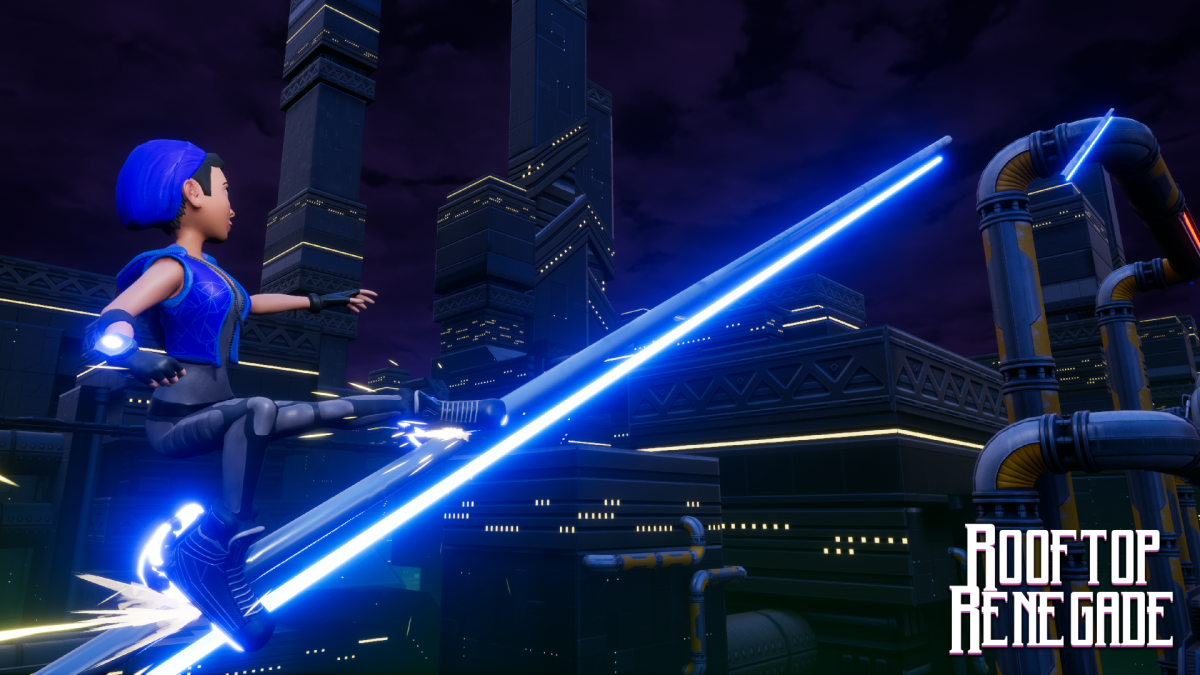 Three years ago, game developers Patrick Webb and Sam Frost were classmates in TAFE SA. They had just finished a student project for AVCon and were exhausted but eager begin another project. This was the beginning of Melonhead Games, an Adelaide-based independent game developer. Now, three years later, they are in the process of creating Rooftop Renegade in their office at Gameplus, a sharespace for game developers on Pirie Street.

Melonhead Games’ name originates from “quit your daydreaming melonhead”, a quote by Abraham Simpson from The Simpsons. Once a team of nine, it currently has four members: Webb (Designer and Producer), Frost (Character and Technical Artist), George Martin (Blueprint Scripter), and Alex Ferrabetta (Environmental and Graphic Artist). Their game, Rooftop Renegade, is a fast-paced side-scrolling action platformer. Developed in Unreal Engine 4, it is heavily inspired from game series like Trials and Sonic the Hedgehog, while its Pixar meet Stars Wars aesthetics are drawn from Ferrabetta’s love of sci-fi.

Since beginning development, Melonhead Games have done a number of public playtests of Rooftop Renegade at AVCon in the past. Their most recent being during April at Greenlight Comics. Webb has said the feedback from the public has been generally very positive and has inspired them to create new features for Rooftop Renegade, allowing the player experience to improve with each playtest they do.

“Being your own boss” is what Webb considers both a benefit and a challenge being an independent game developer. “It’s a great feeling to have the exact job you’ve always wanted, but there is a ton of responsibility attached with no safety net, and it’s very easy to ignore your own deadlines. Like any start-up, it’s a tough ride but incredibly rewarding.”

Melonhead Games are hoping to release Rooftop Renegade on both PC and console. While they don’t have a set release date as of writing this, they have a number of playtests coming up. Adelaide gamers can check them out at a second playtest at Greenlight Comics on June 8 and AVCon in July. For fans outside of Adelaide, they are hoping to make PAX AUS in Melbourne later in 2019.