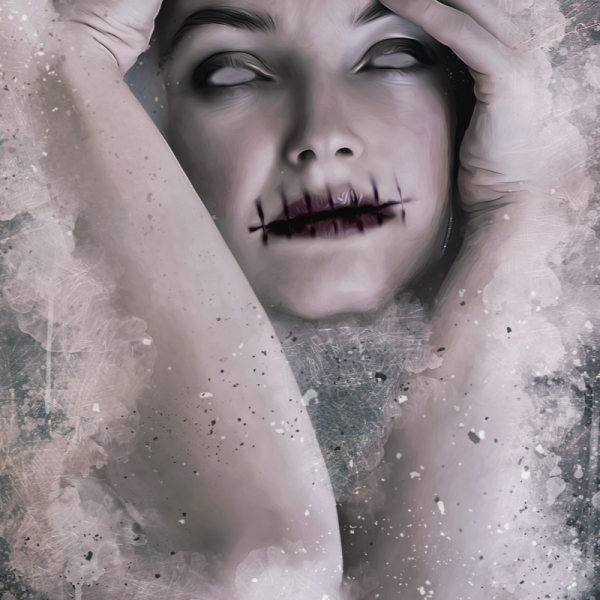 Numinous: Descriptive of persons, things or situations having a deep emotional resonance, psychologically associated with experiences of the self.

Wandering through the Hamilton Theatres, I was greeted by a man with electric blue eyes in a long white coat. The Numinous Asylum logo on the coats and the medical face masks lets me know that I will be experiencing something different for this Fringe show.

Greeted, I was ushered into the theatre on the wishes of a swift recovery. Handed a clipboard with information about the residential asylum patients before my entry, I familiarised myself with what was to come.

The act followed four patients and their stay in the asylum and introduced to audience their histories, explaining why they were in hospital. What were once normal people, the patients were effected by isolated, or not so isolated, traumatic events. The heavy hitting point of the show – that people are people, deep down, and they just desire connection.

Creepy and dark, Numinous Asylum was something that made me both curious and uncomfortable at the same time.

Numinous Asylum continuously broke the fourth wall during the performance. Being treated like one of the patients from the very first moment, the actors made us feel a part of the act itself. Lighting was projected into the seating to further include the audience into the show. To add another sensory layer to the performance, sound and loud noises were used to create a shock effect.

I was grateful for company that night, as I would not want to be alone in this Numinous Asylum.

I would recommend this show for people who would like to explore their darker side in a macabrely playful scenario. I would suggest there be a trigger warning for those who do suffer from some of the issues addressed in this performance, as it touched on many sensitive topics. I’d recommend bringing a friend.

I give this show four stars for the raw emotional performance. Well done. 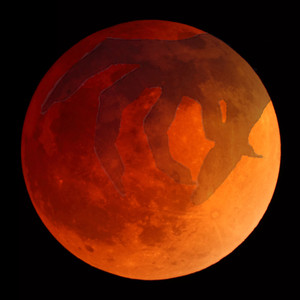 A deeply disturbed, spider-eating nutjob. These are my thoughts on the character of Renfield from Bram Stoker’s Dracula (1897). Throughout the book, we are only really ever told about Renfield through the other characters. This all changed on March 5 at Bakehouse Theatre’s Studio, when Grist to the Mill Productions debuted Renfield’s perspective on life in Renfield: In the Shadow of the Vampire. This one-man show adds depth to this character and tells the story of Dracula through Renfield’s eyes.

Renfield’s terrors are brought to life in incredible realism throughout the show. The actor does a fantastic job in capturing the sense of insanity in a late 19th century mental asylum. The costume design too, reflected well on that time period together with the battered mattress on the floor and wooden chair. Although minimal, this was effective in turning the stage into a cell. I really did feel transported to this time period throughout the show, this was enhanced by both special effects and lighting.

As engaging as the ramblings of Renfield were, it did almost become an insanity trip myself watching this show. The ramblings were presented in long intervals and are difficult to digest at times. They progress slowly and it may appear that the story is going nowhere. In many ways, this captures the essence of the novel really well. They do well to emphasise the craziest and disturbing parts of Renfield, including his catching of flies and hearing the voices of Dracula. Having read the novel, this is both effective and almost difficult to understand.

Renfield: In the Shadow of the Vampire captures the character of Renfield effectively with high accuracy. It feels like an official extension of Dracula and offers a different perspective into the story, one which would’ve been great to have. If you enjoy the book and the film adaptations then you will really enjoy this show. It’s a faithful retelling of a classic horror novel and a disturbing character.

Renfield: In the Shadow of the Vampire will be playing at the Bakehouse Theatre on March 10 and 14 at 6pm

For more information and to purchase tickets click here