J R Koop is a fantasy writer from Adelaide whose debut novel, Racing the Sun, was released on April 12 this year. Koop has spent years building up her world and her novel to the completed version we see today. The self-published book is available in paperback or as an ebook on all major ebook retailers. Racing the Sun is a queer throw-back to Sleeping Beauty and a tribute to her fiancé, Salsabil Hafiz, set in a South-Asian inspired land. Tulpa’s Kayla Gaskell had the opportunity to chat with Koop about the book and her writing journey.

Having already spent time shopping her book to traditional publishers, earlier this year Koop decided it was time to self-publish her long-time project, Racing the Sun. A stand alone in her fantasy world of Abrecan, Koop has spent four years developing the novel. From a first draft with a typically Western setting, Racing the Sun has come so far. Koop decided to alter the novel after feedback from Hafiz suggesting Koop make it “more interesting”.

And by interesting, she means diverse. Racing the Sun has a wide spectrum of characters ranging from the blind oracle, Taeng, through to the PTSD and chronic-pain suffering faerie Qadira. With plenty of input from a variety of sources and sensitivity readers, Koop says “a lot of people helped make this book what it is and made sure I’d written in a non-offensive and accurate way.”

Set in a South-Asian inspired land, Koop says that the conflict between the Praitosi Empire and Delorran was reminiscent of the conflict between India and Pakistan. While this is a fantasy, Koop was sure to discuss these allusions with friends and sensitivity readers, keeping in mind that the world is inspired by ours but at the same time very much its own. The novel turns away from a more traditional Western-centric fantasy vision, presenting more POC than not. When asked about this choice, Koop replied: “If I just wrote white characters it would be a boring world.” 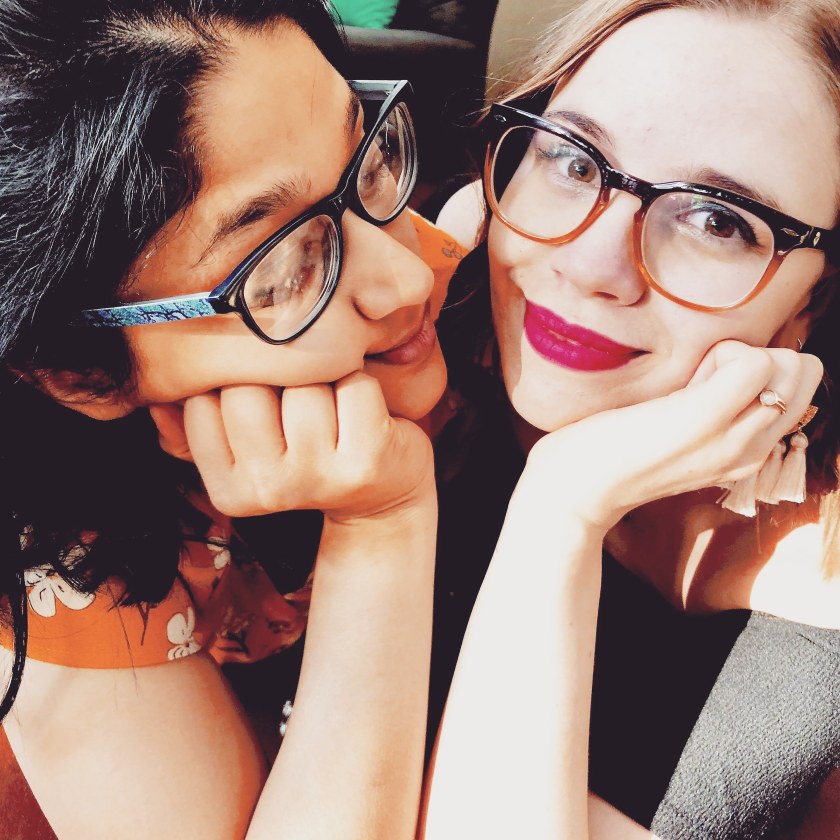 In terms of challenges, Koop’s greatest one was accepting that Racing the Sun was finished. She says: “I could keep staring at it for years, or I could put it out there.” Having done countless edits on the manuscript Koop says she was starting to wonder when it would be enough. Once the decision was made, Koop turned her mind to researching self-publishing where-upon she settled on a joint e-publication and print-on-demand package with publishing service IngramSpark. Koop didn’t want the limitations of e-publication to hold her back when so many readers who prefer physical books.

Koop goes on to discuss how expensive self-publishing her novel was, although she was lucky enough to engage an illustrator who has become a great friend. Sylvia Bi took to the project with enthusiasm and produced a gorgeous cover. Koop decided on an illustrator for her book because she wanted Racing the Sun to have a professional feel as well as take a little of the pressure off of the process.

In earlier drafts of the novel, Koop says there was a pronunciation guide to help readers with the many and varied unfamiliar terms, however, in the final version this was scrapped. “I kept adding to it, there are too many things in this list, people might get scared.” Like with many fantasy novels however, Koop confirms that you can easily pick up the terminology as you go.

The world of Abrecan is already a vibrant alternate world and Racing the Sun is just the beginning. A stand-alone within the world, Koop has plenty of plans in various stages of completion to bring more of Abrecan to life. As she says: “people are just coming across this one book, they’re not seeing the other works just yet.” With more than twenty folders of ideas on her shelf, there is always something to work on. Her next project is a circus novella set in a French-based area, although she also has plans for a Cinderella retelling and an Egyptian-based retelling of Cupid and Psyche.