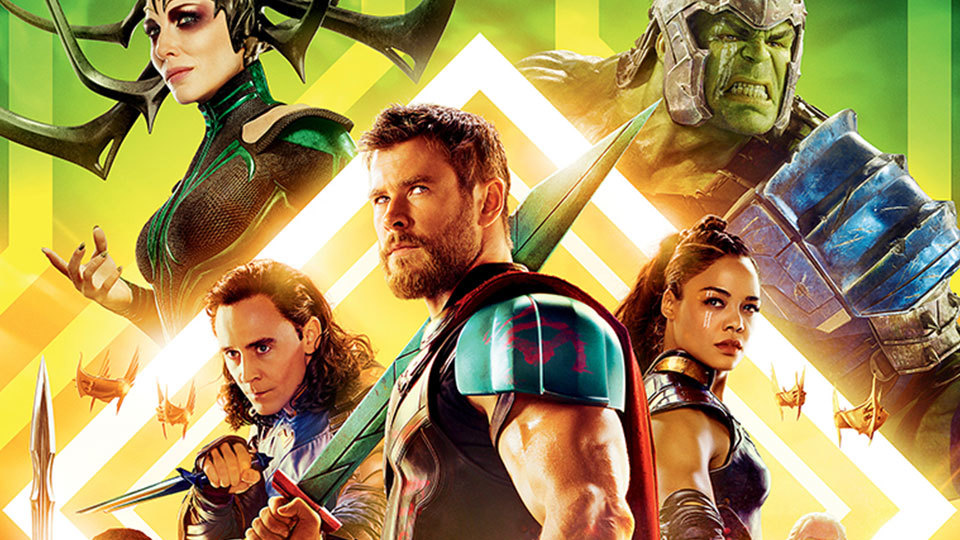 In Thor: Ragnarok, the third and final instalment of the franchise, we meet Thor (Chris Hemsworth) at the tail end of an intergalactic quest to stop Ragnarok and the subsequent destruction of Asgard. But it’s not long before a new villain emerges in the form of Thor’s banished sister, Hela (Cate Blanchett) the goddess of death, who quickly makes her way to Asgard to plot her conquest of the universe and generally wreak havoc. These events find Thor hammerless and stranded on a junkyard planet ruled by the half-tyrant, half-gameshow host Grandmaster (Jeff Goldblum) and launches the film into a wonderfully colourful sci-fi adventure.

This film is unabashedly fun. It’s refreshing to see a superhero movie with such a sincere sense of humour and it’s not hard to see the influence of director Taika Waititi, well-known for independent comedies like What We Do in the Shadows (2014) and Hunt for the Wilderpeople (2016). No one is exempt from this comedic touch—even the sombre Odin (Anthony Hopkins) has some great lines (‘Are you the god of hammers?’ he asks Thor at one point.) Waititi himself shines as Korg, an alien made of rock whose attempt at revolution was thwarted by a shortage of pamphlets. Even in the relatively minor role of Topaz, the Grandmaster’s right-hand-woman, Rachel House gives a wonderful comedic performance and delivers a reference to The Castle that many Australian fans are sure to enjoy. All of the cast give solid performances and, vitally important for a comedy, they clearly have a lot of fun while doing it.

While many of Marvel’s offerings have been fairly serious action flicks with a smattering of jokes dropped in at the last minute, Thor: Ragnarok is almost the polar opposite. Yet the humour is never hammy or parodic—it’s balanced well with a number of beautifully shot and, put simply, cool action sequences. There is of course the hotly anticipated battle between Thor and the Hulk (Mark Ruffalo) that’s been featured in the trailers, but some of the best moments come from scrapper, drunkard and former elite Asgardian warrior, Valkyrie (Tessa Thompson).

The vibrant cinematography combines with a nostalgic soundtrack of 70s and 80s synths and rock to create some truly awe-inspiring moments. I’m not sure I’ll ever forget the image of Thor facing off against a tower of undead enemies while Led Zepplin’s ‘Immigrant Song’ roars through the cinema speakers.

With delightful humour and seriously cool action, Thor: Ragnarok is a movie that knows exactly what it is and revels in it.